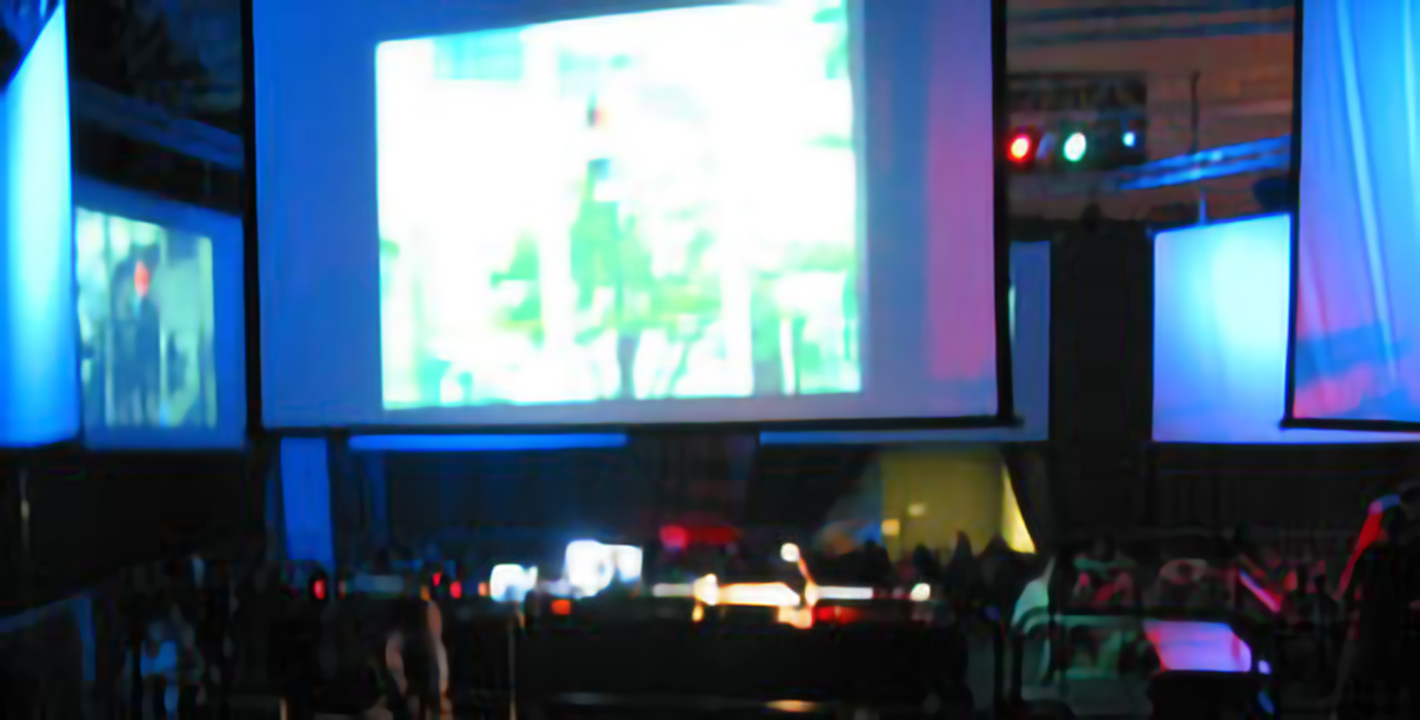 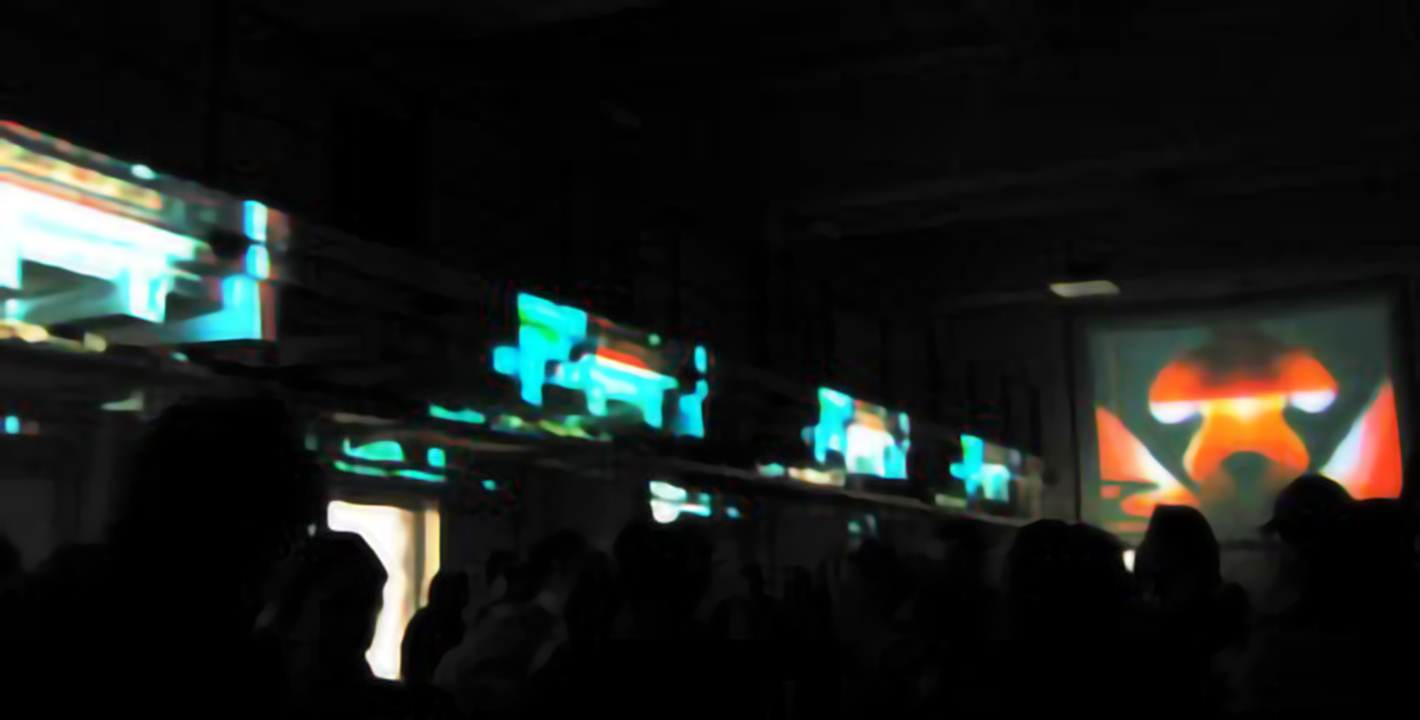 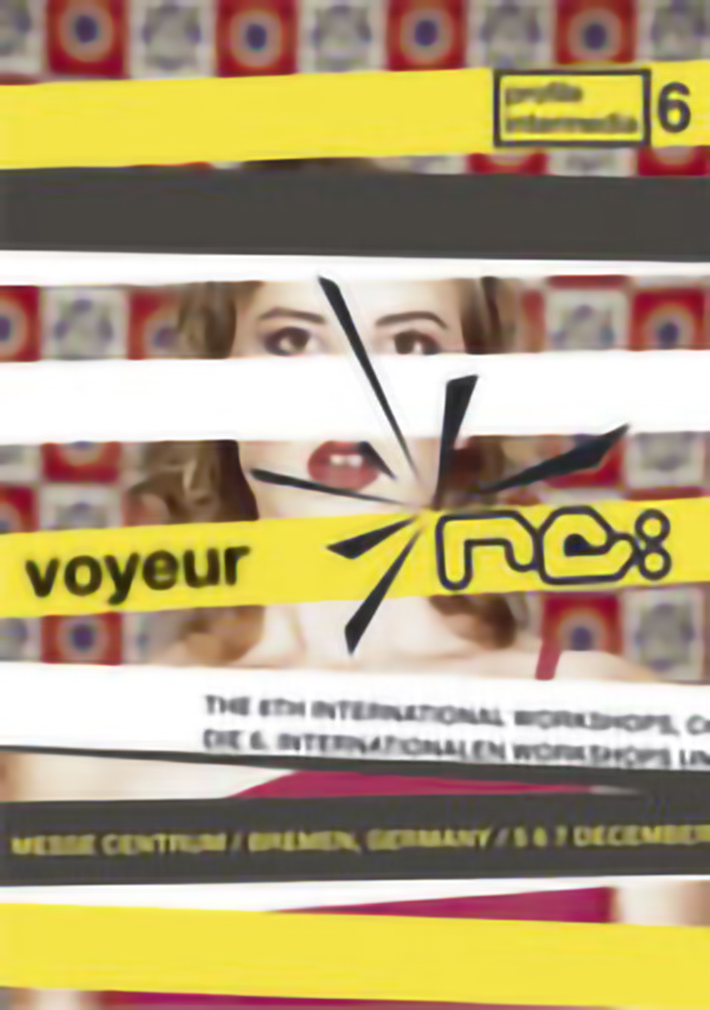 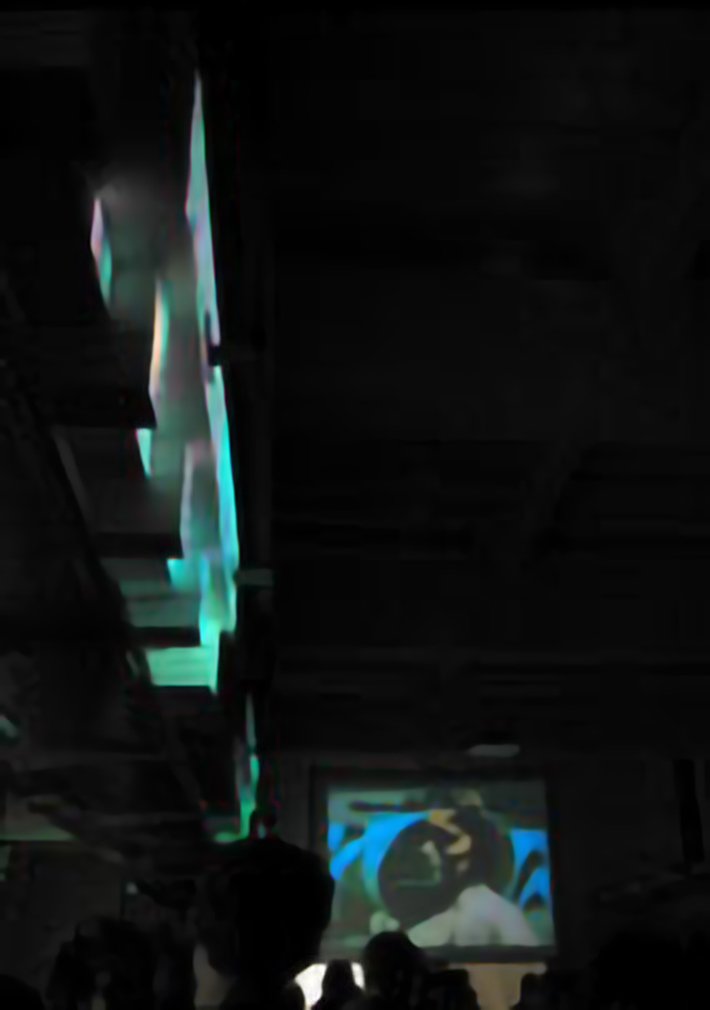 As a founding member of the re:sorb crew I conceived and conducted the visual performances for a variety of live events, large scale interactive projections and music videos. Between 2003 and 2007 we realized more than 50 live-performances and organized several audio-visual events such as the framefest and the wall-sized urban installation sign-city ikonia. For the Box on the Ear - Visual Jazz format, we collaborated with a jazz band and played a series of live shows, reflecting on the lifes of Miles Davis and Sugar Ray Robinson. We created a large number of seamless video loops, matching the theme and mood of the different songs in real-time. The arrangement, pace and rythm were then controlled live during the performance to enable vivid interaction and improvisation with the band on stage.

With Mark Amerika from Boulder, Colorado, re:sorb also initiated and conducted the framefest series of events in 2003 and 2004. We merged urban street art, amplified music and projected live visuals at abandoned industrial sites or in multi-story buildings ready for tear-down. As the events were supported with local cultural funds (yeah, baby), the framefest series became an opportunity for local and international artists to come together, experiment, and present their particular ways of creating audiovisual experiences. Our setups also attracted a pretty wide audience including local residents 'intrigued with the arts', media researchers and media practitioners, and especially young urban hipsters who just came to party.

An excerpt from the list of re:sorb live performances (2003-2007):
• kings of the jungle, bremen, live visuals for mass raves with 10.000+ visitors
• conceptual vj-performances with a jazz band at profile intermedia 7
• profile intermedia 6 closing event
• Pentatones & Flomega live in concert
• freistil event series, bremen
• opening event at the new location of the University of Arts
• closing party at the old location of the University of Arts
• non commerical vjing to support the Rote Flora cultural center in Hamburg
• and many more..

In 2004 we created and animated the algorithmic cartoon citizens of Ikonia (who communicate using sign language) for an interactive facade projection mapping. The Sign City of Ikonia was a commissioned work for the new City Library grand opening in Bremen. Young and old people alike were invited to populate the virtual Sign City of Ikonia ('Zeichenstadt Ikonia') with new customized inhabitants online. The assembled characters were then animated by algorithm so they would walk around and talk to the audience using sign language. Life and interaction of the Ikonians were displayed as a large scale outdoor projection in public.

Check www.resorb.de/performances for a list of selected past performances.

re:sorb is a unit of computer science and multimedia design.

we are passionate to perform live, risky & raw: in real-time and on the beat

Lucky Loop is deeply in love with devices from the analog age and generative glitch and feedback loops. he started out as a vinyl dj and operates the experimental parts of the re:sorb hardware setup, delivering groove into live video mixes with a true feeling for the rhythm. his musical roots are somewhere between trippy breakbeats, breakcore, experimental dub(+step), and of course: good ol´ punkrock.

Marshall MacLumen is engaged in research and development. he hybridizes graphical creations and video footage with the finger on the trigger and a pocket full of algorithms.
crunchy low fidelity breakbeats preferred, when it comes to music.

isaac aVimoV is the energetic core of this association. his strong will to activate the photonic power and perform mind-blowing live shows drives re:sorb as a whole.
his favorite sonic waves are generated by goa and psytrance.

fiMo is the aesthetic conscience of re:sorb vj crew. with severe style awareness she provides authentic high quality video footage and mixes it up in the most sensible way.
she is into frigorific music as well, and you will recognize this if you witness her performance.